What Is Medical Marijuana?

Medical marijuana uses the marijuana plant or chemicals in it to treat diseases or other conditions. It’s basically the same product as recreational marijuana, but it’s taken for medical purposes.

The marijuana plant contains more than 100 different chemicals called cannabinoids. Each one has a different effect on the body. Delta-9-tetrahydrocannabinol (THC) and cannabidiol (CBD) are the main chemicals used in medicine. THC also produces the “high” people feel when they smoke marijuana or eat foods containing it.

What Is Medical Marijuana Used For?

Medical marijuana is used to treat a number of different medical conditions, including:

How Does It Help?

Cannabinoids — the active chemicals in medical marijuana — are similar to chemicals the body makes that are involved in appetite, memory, movement, and pain.

Medical marijuana received a lot of attention a few years ago when parents said that a special form of the drug helped control seizures in their children. The FDA recently approved CBD, as a therapy for people with very severe or hard-to-treat seizures. In studies, some people had a dramatic drop in seizures after taking this drug.

Medical marijuana is legal in 33 states and the District of Columbia:

How Do I Get Medical Marijuana?

MY FLORIDA GREEN helps qualified patients easily obtain their Medical Marijuana Cards in Florida. We serve patients with a state-wide network of licensed Florida Medical Marijuana Doctors and empower patients to manage your profile and progress with custom built technology and an APP built for IOS and Google Play.

MY FLORIDA GREEN is here to help you! Contact us today! 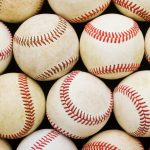