You can contact our experts at My Florida Green to address these questions. They have educational material, clinical studies, and patient testimonials that will help you make an informed choice. Medical Marijuana must be taken responsibly and with a Medical Marijuana Card. Once you qualify for a card, you cannot think that you no longer need to adhere to any rules and regulations. Having a Medical Marijuana Card is a privilege, and it should be used carefully, abiding by the laws that stipulate its use. Why does Medical Marijuana Addiction Happen?

Medical Marijuana disorder is another term that is sometimes used to describe addiction to Cannabis. Marijuana is not addictive, but it can lead to dependencies in some users when a large quantity of Cannabis is taken frequently for an extended time. Firstly, the age when someone begins taking Marijuana plays a significant role. Dependency can happen when one takes large doses of Marijuana without the advice and recommendation from a qualified physician like those in My Florida Green. Allowing a professional to monitor and recommend your consumption of Medical Marijuana will prevent cases of dependence on Marijuana and the undesirable symptoms associated with it. Suppose you decide not to involve a medical professional before taking Medical Marijuana. You may develop a dependency to Cannabis, which can cause mood disorders, restlessness, and irritability.

In simple terms, when you avoid following the legal route of getting a Medical Marijuana Card and a Medical Marijuana recommendation from a qualified professional, you can end up taking a large dose unknowingly, which can eventually limit your body’s production of endocannabinoid neurotransmitters. In addition, your body won’t readily recognize the natural endocannabinoid neurotransmitters since that from Marijuana will have taken over.

In other words, Medical Marijuana addiction or disorder happens when you indiscriminately take the herb without the recommendation of a professional. It is imperative that you speak to qualified experts before consuming and buying Medical Marijuana. Our Marijuana experts and specialists will educate you on the prerequisite of getting a Florida Marijuana Card and will give you access to experienced physicians in Florida.


However, addiction and dependency with Medical Marijuana is almost impossible. Considering the protocols and requirements stipulated for its consumption and purchase. As a patient, you need to visit an experienced professional who can verify you for Medical Marijuana treatment. If you want to speak to a professional in Florida, contact one of our experts. You will need a patient identification card or a Medical Marijuana Card to purchase Cannabis from any approved dispensary. Aside from having a Medical Marijuana Card, you will also need a prescription from a physician. You will need to present the card to the receptionist at the dispensary. Without these two documents and a valid identification card, you might not be attended to by the dispensaries. Is Marijuana Effective Against Health Conditions?

These stringent rules on the patient limit the illegal consumption of Medical Marijuana. Also, some health conditions have been approved for treatment with Marijuana, like cancer, multiple sclerosis, and many other illnesses, including neurological diseases. It is also very effective against pain and severe forms of depression. The physicians know the qualifying criteria for the Marijuana Card. And it is best you liaise with My Florida Green to get the card. The Medical Marijuana dispensaries also have some restrictions. They are required to have some financial stability in a particular sum before applying for the license. The medical professional applying for the permit to own a dispensary. He must also request a Marijuana card, a valid identification card, and the prescription given by a professional. Without fulfilling these requirements both from the patient and the dispensary, they can’t buy or sell Medical Marijuana. As more persons are embracing treatment with Marijuana. Scientists have thought to advise on possible side effects when the herb is taken without a doctors’ prescription. Some adverse effects include memory loss after large doses of Marijuana are consumed. The youths are usually prone to consume large amounts of Marijuana following an illegal purchase of the herb. This can result in a poor educational outcome and some cognitive impairment. The brain is also affected because large doses are taken, especially for some who can’t tolerate high doses. However, these are only seen in very few cases. And only when a large amount of Cannabis is taken frequently for a prolonged period.

We ensure everyone who qualifies for treatment with Medical Marijuana gets the prescribed dose, eliminating any risk of addiction. Our physicians also ensure you get accurate prescriptions according to your body requirements, health condition, and lifestyle. Visit one of our centers in Naples, Melbourne, and St. Petersburg and start the certification process today. How to find the best Marijuana Doctors in Florida?
Next Post
Is there a perfect THC: CBD Ratio for all? 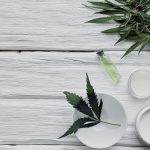 Is Cannabis Effective against Sciatica?