FLORIDA LEADS THE NATION ON HIV/AIDS RESEARCH FOR MEDICAL MARIJUANA 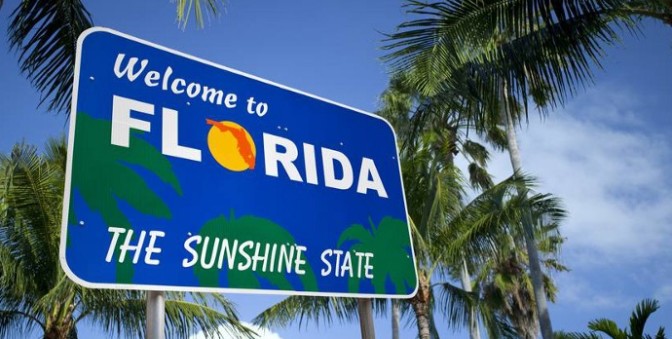 FLORIDA LEADS THE NATION ON HIV/AIDS RESEARCH FOR MEDICAL MARIJUANA

Yes, fellow Floridians, we no longer need to bury our heads in the sand over our state’s often confusing Medical Marijuana stance.

Despite our challenges, we can boast about the new research currently underway at the University of Florida (go Gators!) where researchers have received a $3.2 million grant from the National Institute on Drug Abuse to explore the health effects of marijuana on people living with HIV.

In what is heralded to be the largest and most comprehensive research on the topic, researchers will be studying how Cannabis can effectively treat many major issues that plague AIDS survivors and society in general. These include a ‘big five’ of: Pain, Chronic Inflammation, Viral Suppression, Stress, and Sleep. This article will explain how the incredible cannabis plant can provide relief for all of these ailments.

Robert Cook, MD, MPH, Professor of Epidemiology at The University of Florida

In addition, researchers will study and gather information about how to best utilize this medicinal plant.

“Many persons using marijuana for specific health indications may have identified specific strategies to use marijuana that they find to be most effective, and we can learn from their experience,” Said the study’s chief investigator, Robert Cook, MD, MPH, a professor of epidemiology and medicine at UF Health.

“This information can help to inform clinical care and identify specific types and patterns of marijuana use to be studied in future randomized clinical trials.”

The five-year study will follow 400 HIV-positive Floridians who use marijuana.

“Marijuana use is increasingly common in persons living with HIV infection,” said Cook in the press release. “Yet, past findings regarding the health impact of marijuana use on HIV have been limited and inconclusive. The long-term goal of this research is to provide patients, clinicians and public health authorities with information to guide clinical and safety recommendations for marijuana use.”

Our Sunshine State is ground zero for the research. We have the dubious ranking of having the highest rate of new HIV cases in the country. And we are ranked third in the country for the number of people living with the virus.

In fact, in what has been termed an “unusually severe HIV/AIDS problem,” Miami had the highest new infection rate per capita of any U.S. city: 47 per 100,000 people, according to the Centers for Disease Control and Prevention (CDC). That’s more than twice as many as San Francisco, New York City, or Los Angeles.

The Science Behind HIV/AIDS and Medical Marijuana

Patients living with HIV typically take antiretroviral drugs to prolong the onset of AIDS. But side effects of antiretroviral therapy — which include nausea, vomiting, loss of appetite and severe pain in the nerve endings (polyneuropathies) — are often excruciating. Other side effects of HIV/AIDS include wasting syndrome or cachexia and intractable pain. Many patients use medical marijuana to help manage their symptoms.

Let’s first address the issues that the researchers at University of Florida will be focusing on concerning HIV/AIDS:

The benefits of Medical Marijuana in treating pain are widely gaining traction for a multitude of conditions. HIV/AIDS is no different. Here are the most relevant clinical trials published by the National Institute of Health in the last two decades:

“Gold standard clinical trials are limited; however, some studies have thus far shown evidence to support the use of cannabinoids for some cancer, neuropathic, spasticity, acute pain, and chronic pain conditions.”

Smoked Medicinal Cannabis for Neuropathic Pain in HIV: A Randomized, Crossover Clinical Trial (Neuropsychopharmacology, Feb, 2009, NIH) Among the respondents, pain relief was greater with cannabis than placebo, with over half of the subjects reporting at least a 30% reduction in neuropathic pain.

Cannabis was associated with an average reduction of pain intensity from ‘strong’ to ‘mild’ to ‘moderate.’ Mood disturbance, physical disability, and quality of life all improved significantly for subjects during study treatments, regardless of treatment order.

Researchers at the University of California at San Diego have reported similar findings. Writing in the journal Neuropsychopharmacology, they concluded:

“Smoked cannabis … significantly reduced neuropathic pain intensity in HIV-associated … polyneuropathy compared to placebo, when added to stable concomitant analgesics. … Mood disturbance, physical disability and quality of life all improved significantly during study treatment. … Our findings suggest that cannabinoid therapy may be an effective option for pain relief in patients with medically intractable pain due to HIV.”

Chronic HIV infection is associated with excessive levels of inflammation and activation of the immune system. Researchers are concerned that chronic HIV-related inflammation and immune activation may, over the long-term, contribute to an increased risk for the following conditions:

The evidence that medical marijuana is effective in treating inflammation is irrefutable and so bountiful that it warrants its own blog. Here are a few key points in relation to HIV/AIDS:

In 2007, NORML (National Organization for Reform of Marijuana Laws) cited a study done at The University of Bonn, Germany, published in the June, 2007 Journal of Science where scientists found that cannabinoids significantly reduce skin inflammation and may be ideal topical agents for treating various skin diseases such as eczema and psoriasis (NORML, June, 2007).

“These results demonstrate a protective role of the endocannabinoid system in [treating] contact allergy in the skin and suggest a target for therapeutic intervention.”

Cannabis-based ointments were historically used to treat inflammation up until the early part of the 20th century.

Research from the University of South Carolina in 2009, Cannabinoids as novel anti-inflammatory drugs (Future Medicinal Chemistry, Oct, 2009, NIH) found that the existence of both CB1 and CB2 receptors on immune cells suggests that cannabinoids play an important role in the regulation of the immune system. The administration of THC into mice triggered marked apoptosis in T cells and dendritic cells, resulting in immunosuppression.

“In addition, several studies showed that cannabinoids downregulate cytokine and chemokine production and, in some models, upregulate T-regulatory cells (Tregs) as a mechanism to suppress inflammatory responses.”

In human trials, lab experiments with cells of the immune system from both HIV-positive and HIV-negative people have found that cannabinoids can reduce immune activation. In other experiments, researchers confirmed the dampening effect of marijuana or its extracts (particularly THC) on the activities of the immune system. Altogether, the results of these laboratory experiments suggest that marijuana or its extracts have the potential to be used in reducing immune activation and inflammation in HIV-positive people.

“These findings have clinical implications, as cannabinoids may have an immunological benefit and nonpsychoactive cannabis derivatives could be investigated as novel therapeutics to be used in conjunction with ART to aid in the reduction of persistent inflammation,”

Many with HIV/AIDS report feeling increased stress and anxiety levels. We know that Medical Marijuana is approved to treat Post Traumatic Stress Disorder, but what about the stress associated with HIV?

There are few clinical research studies currently available, however, with the DEA’s militant stance on cannabis. But many leading medical doctor’s advocate for its use in treating HIV/AIDS and stress.

Dr. Dustin Sulak, a renowned cannabis treatment expert suggested that Marijuana treatment can work for many people suffering from AIDS.

“Cannabis releases endocannabinoids in the body which attach to receptors in the brain. This can decrease inflammation and help in balancing the immune system while relieving stress for patients.”

“I have observed that marijuana can be of great help for patients suffering from cancer and AIDS. The drug helps improve appetite, removes fatigue, cures vomiting and nausea caused by other medication and help patients recover from weight loss.”

“In a trial comparing the effects of Marijuana, Dronabinol and a placebo on HIV-positive group, Marijuana appeared to give the best results. A dose of Marijuana helped improve the calorie intake of patients and also had a bigger improvement on sleep.”

And finally, a study done in Canada, where cannabis is now legal: Patterns and correlates of cannabis use among individuals with HIV/AIDS in Maritime Canada (Canadian Journal of Infectious Diseases and Medical Microbiology, Spring, 2014, NIH) Overall, 80.5% (70 of 87) of the cannabis-using participants reported a symptom-relieving benefit, mostly for relief of stress, anorexia or pain.

The American Sleep Association estimates that 50 million people nationwide suffer from sleep disorders, with insomnia, sleep apnea, narcolepsy, sleep deprivation and snoring the most common. Ambien, a sleep aid, is the fourth most prescribed pharmaceutical in the country.

Cannabis is emerging as a safer, natural alternative for sleep disorders, including those associated with HIV/AIDS.

“Almost every clinical study that’s looked at cannabis-based medicines has shown an improvement in sleep,” said Dr. Ethan Russo, one of the world’s leading cannabis researchers. To say otherwise, he said, is “to be staring in a deep hole — a deep hole of ignorance.”

Indeed, a review of all cannabis sleep research to date, published in the April 2017 issue of Current Psychiatry Reports, noted, among other things, that cannabis is useful for reducing nightmares of veterans with post-traumatic stress disorder by subduing rapid eye movement sleep, or the REM sleep that occurs during the dream cycle.

A clinical trial at Northwestern Medicine and the University of Illinois at Chicago showed that a synthetic cannabinoid called Dronabinol reduced obstructive sleep apnea by 32 percent by targeting the brain and neurotransmitters that control upper airway muscles, according to findings published in December, 2017 in the journal SLEEP.

One study, financed by GW Pharmaceuticals, found impressive results with a cannabis based medicine developed by the company:

The precursor study undertaken at UF in 2017, Marijuana Use and Viral Suppression in Persons Receiving Medical Care for HIV-Infection (American Journal of Drug and Alcohol Abuse, Jan, 2017), found that there was no statistically significant association between marijuana use and viral suppression. The findings did suggest, however, the possibility of a “clinical important effect,” and indicated a need for additional evidence from other samples and settings that include more marijuana users. Hence the newly funded research underway.

This study, however, contradicted two previous studies that were recruited from regions that have legalized Medical Marijuana. The authors also state that there were great variables in terms of the marijuana consumed, including THC/CBD ratios, than the low dose strain provided by the Federal Government for the UF study.

Not only does Medical Marijuana address five of the most pressing issues associated with HIV/AIDS, but other studies point to its efficacy in appetite stimulation, improved immune response, ART compliance, and possibly even decreasing replication and slowing the progression of the disease.

Overall, patients living with HIV/AIDS most frequently report using cannabis to counter symptoms of anxiety, appetite loss and nausea. At least one study has reported that patients who use cannabis therapeutically are more than three times more likely to adhere to their antiretroviral therapy regimens than non-cannabis users. (Marijuana use and its association with adherence to antiretroviral therapy among HIV-infected persons with moderate to severe nausea, JAIDS, Jan 2005).

We believe that Medical Marijuana represents an invaluable treatment option in the health management of patients with HIV/AIDS and that cannabinoids could potentially be used synergistically with existing antiretroviral drugs, opening the gates to an era of new drug possibilities for HIV/AIDS.