Dispensaries in Florida are creating new and improved Medical Marijuana products to meet the growing demand for Cannabis amongst qualified patients. These different Medical Marijuana products, with various Cannabis strains, have a unique flavor and aroma profile. The distinct musky and pungent aroma of Cannabis is unmistakable; many of you can smell it before you even see it. This is mainly due to terpenes, the aromatic compounds that determine the scent of many flowers and herbs, including Cannabis.  These are basically molecules that provide the unique smell, flavor, and color to many Cannabis products. Marijuana contains many naturally occurring terpenes; most are present in only small amounts, but it is the more prominent ones that combine together to give diverse Marijuana strains their signature scent.

In Florida, you can use Medical Marijuana if you have a Medical Marijuana Card Naples, and get the benefits terpenes have to offer. At My Florida Green, we are offering premium services to qualified patients by giving them access to the most qualified Marijuana physicians in Florida.

The trichomes of the female Cannabis plant carry the terpenes, and these terpenes play a significant role in the plant’s survival and growth. They are also responsible for the color and pigmentation in leaves and buds, and also contribute to the flavor of Marijuana. Terpenes are also believed to magnify the medicinal effects of cannabinoids in Medical Marijuana, meaning that the compound effect cannabinoids and terpenes have on patients is stronger than if the patients were only consuming cannabinoids or only terpenes. This synergy between cannabinoids and terpenes helps with pain relief, inflammation, depression, and anxiety.

How do Terpenes affect the Body? Some of the benefits of terpenes are well known, it has been used to formulate essential oils used in aromatherapy for many years due to its aromatic properties. Lavender oil, which contains Linalool, is used to cause relaxation, and this effect is produced due to the mood-altering magic of terpenes.

However, the effects of terpenes are far more significant than was previously thought. As more research is being done, terpenes have been identified as a true healing component in Cannabis treatment. Until recently, the spotlight was exclusively on the medicinal benefits of THC and CBD, but as the understanding of terpenes has become more sophisticated, it’s becoming apparent that they also have extraordinary therapeutic prospects.

Since terpenes are now being looked at as an integral part of successful Marijuana treatment, we wanted to shed light on their medicinal properties.

Research has established that some Cannabis terpenes have similar action to cannabinoids, hence they are effective in reducing pain and producing an analgesic effect. Pain-relieving terpenes include humulene, linalool, β-pinene and geraniol. The effect of Cannabis derivatives on the body’s CB1 receptors has been established, and this allows terpenes found in Cannabis to influence pain receptors, leading to pain relief.

Linalool is a floral, woody, and fruity terpene, acts on the opioid and cholinergic systems to relieve pain and also acts as an anticonvulsant, similar to diazepam. Similarly, myrcene is also used as a pain-relieving and anti-inflammatory agent. Another terpene, Beta-caryophyllene can bind with many receptors including CB2 receptors in the body and is an effective natural painkiller.

Myrcene, a known terpene with a signature fruity scent, produces anti-inflammatory and analgesic effects. Studies have established that it is an effective anti-inflammatory agent, especially in osteoarthritis. The terpene has also shown remarkable benefits in preventing the breakdown of cartilage cells to slow down the progression of osteoarthritis. It also decreases the production of certain inflammatory cells produced by the body.

A lot of research is being done to find the right combination of drugs, therapies including plant extracts for cancer treatment. Some terpenes, including those found in Cannabis, have exhibited anticancer activities, however more research is required to fully understand its action. Limonene is one terpene which is known to have notable antitumor and anticancer properties, along with other terpenes such as beta-myrcene, camphor, pinene, and terpinene. The unique advantage of Marijuana treatment is that it will not affect the healthy cells and cause serious side effects, something we see with traditional cancer treatments.

Terpenes have many mood-altering benefits of which leads to them being good antidepressive agents. Terpenes extracts like Linalool and beta-pinene are commonly used in antidepressant medications. Many terpenes have antimicrobial properties, which is their ability to stop and reduce the microorganism damaging the cells. Terpenes such as menthol, eucalyptol, terpinolene, and alpha-bisabol are particularly effective in killing or stopping the progression of microorganisms.

Caryophyllene, another terpene, present in many herbs and spices, including black pepper, rosemary, basil, cloves, cinnamon and oregano, has a spicy scent similar to cinnamon and cloves. Also known as beta-caryophyllene, it has the ability to directly activate a cannabinoid receptor, especially CB2 receptors, as mentioned in the section above. Due to this ability, they help to reduce anxiety and induce a feeling of relaxation. Valium is an anti anxiety tablet.

Limonene, another terpene, is found in the rinds of citrus fruits and ginger. They give Cannabis products a distinct fruity, fresh bouquet-like scent. Like many other terpenes found in Marijuana, limonene helps reduce stress and helps to boost focus and elevates mood. Hence, it is used as an anti-anxiety and antidepressive agent.

How to use Medical Marijuana products in Florida? 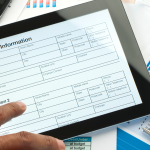 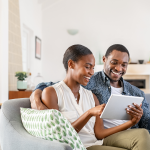 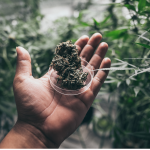