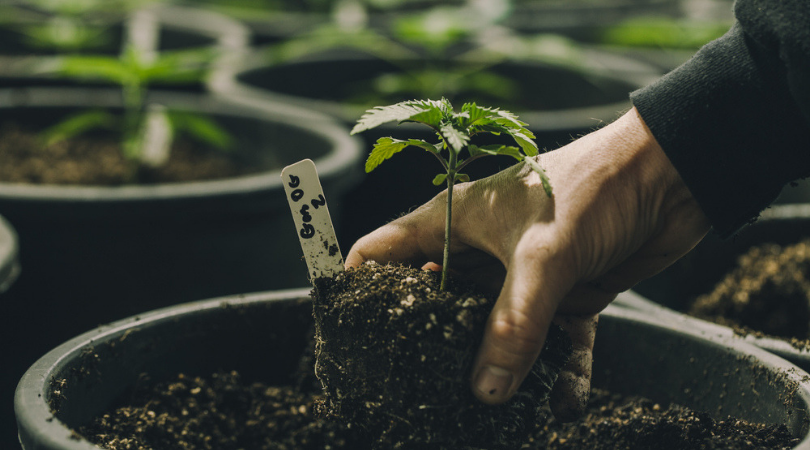 Although medicinal marijuana is now legal in Florida, the rules remain very strict around the control, sale, possession and use of the drug.

No one can obtain access to marijuana unless they have seen an approved physician and been granted an MMJ card (which must be renewed every 7 months). With some rigorous legislation in place, it’s no wonder that many people in Florida wonder whether they should try to grow their own cannabis at home. However, this isn’t a good idea.

In Florida, there is a law that specifically prohibits individuals from growing marijuana. Anyone who is arrested and convicted of the crime will face a potentially very serious penalty.

Law Enforcement Tactics To Establish Cultivation Of Cannabis In Florida

Cultivating marijuana plants and leasing, operating or owning a grow house in the state is illegal. It doesn’t matter whether the plants are being grown for personal use or for a commercial purpose.

Florida law enforcement are prepared to spend a lot of resources and money in seeking outgrowing operations in the state. Information is often garnered from confidential informants who could be neighbors, friends or relatives who suspect you’re growing cannabis illegally. There are a number of other tactics which are regularly put into use. These include:

Once the law enforcement authorities believe they’ve got sufficient information to secure a warranty they will come to search the property.

Under Section 893.13(1)(a) of Florida Law, Cultivation of Marijuana is defined as either possessing the controlled substance with an intent of manufacturing it or actually manufacturing it. The term “manufacturing” is defined as producing, preparing, packing, labeling, propagating, relabeling, cultivating,  propagating, compounding, converting, processing or growing marijuana either indirectly or directly. The process of manufacturing could be due to the extraction of substances from their natural origin, by carrying out the chemical synthesis, or by combining both methods.

The Enforcement Of The Florida Cannabis Cultivation Law

In Florida, the law enforcement authorities and established several efforts and programs to pursue the cultivation of marijuana cases. For example, the Florida Domestic Marijuana Eradication Program resulting in the discovery of over 24,000 sites where cannabis was being cultivated in Florida and the eradication of more than 2,000,000 cannabis plants. More than 9000 arrests in the state for marijuana cultivation were solely because of this program.

The Penalties For Cultivation in Florida

Typically in Florida, cultivation is viewed as a 3rd-degree felony. This means it carries a maximum jail sentence of 5 years as well as a $5000 maximum fine. In some cases, however, it may be viewed as a 2nd-degree felony. This means that the maximum penalty could be a 15-year jail sentence. The circumstances in which such a charge could arise is if the defendant possesses a grow house together with 25 or more marijuana plants. In cases where minors are residing in the same place as the plants are being cultivated, the offense may be classed as a 1st-degree felony.

In accordance with Statute 322.055 of Florida Law, anyone who has been convicted of cultivating cannabis in the state will also have their driving privileges or driver’s license revoked for a year by the DHSMV in Florida.

The Exception To The Rule

There is only one exception to Florida’s extremely strict cannabis cultivation laws. In 2018, a court in the state rules that a single medicinal cannabis patient was permitted to grow his own cannabis for use in the plant-juicing regime his doctor recommended. Home grows are still forbidden for MMJ patients in Florida, however, Judge Gievers who was presiding over the case ruled that Joe Redner, a 77-year-old resident of Tampa and cancer sufferer was personally exempt from the restriction.

Although voters in Florida voted to approve Amendment 2 to expand the state’s medicinal cannabis program in 2016, legislators in the state rapidly passed restrictive regulations which were imposed on the burgeoning new industry. The rules banned any patient from growing their own cannabis plants, with only licensed dispensary organizations being permitted by law to grow, dispense and process cannabis products.

Redner, a lung cancer patient, promptly took the decision to sue the Florida DoH, arguing Amendment 2 permitted him to grow medicinal cannabis himself, specifically because the modality of marijuana that his doctor recommended wasn’t available legally from dispensaries in the state. Judge Gievers decided that the state’s health department was violating Redner’s rights by preventing him from growing the form of cannabis he needed.

This ruling may only apply to a single individual in Florida, however, the case appears to set an interesting precedent for any resident of the state to challenge the law that prohibits cannabis grows in the home. It has been suggested that, thanks to the Judge’s ruling, patients who have a good reason to grow marijuana at home, whether that be the specific form of the drug they need or the fact that they are unable to afford the price of the drug at a dispensary, should then be permitted to grow their own.

However, those who think that this means they can go ahead and start planting, it’s important not to jump the gun on this one. The Redner case isn’t yet over. The Florida DoH has made an appeal and it’s expected to take several years to resolve the issue in court. As for Redner himself, he also isn’t legally permitted to cultivate cannabis himself at home until the DoH’s appeal has been heard and resolved in court.

Although medical marijuana is legal in Florida for certain qualifying residents, it’s still illegal to grow your own. Recreational use also remains illegal, so growing your own plants isn’t a good idea for anyone. The penalties for being caught growing your own cannabis plants in Florida can be very harsh, especially if you live close to a school, so cultivating marijuana in the state is a risky business.