THE MAN BEHIND THE MISSION 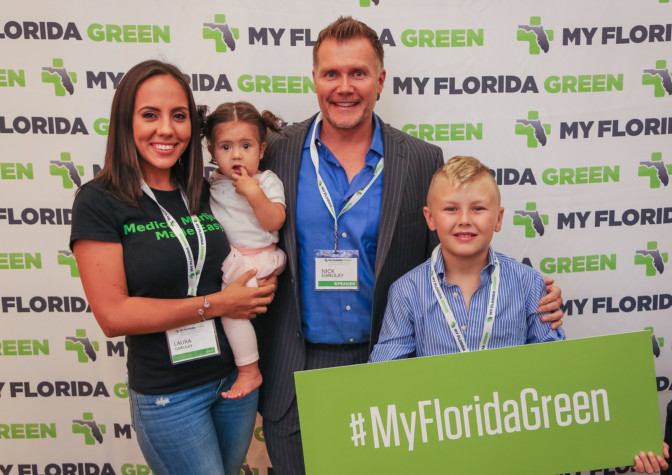 THE MAN BEHIND THE MISSION

Nick Garulay moved to Naples from Boston in 1996. He survived 4 years waiting on tables and managed to save up $6,000 to pursue his passion of buying and selling cars. In 2000, he started a software-driven car dealership that exploded into a $29 million dollar tech company and dealership.

In 2011, the company’s CFO, who was like a father figure to Nick, embezzled $560,000, ultimately leading him to close the company he had started from the ground up. He rebuilt his car business from the ashes but soon realized he was finished with the car industry. The money was there, but it lacked gratitude, fulfillment, and a sense of meaning.

In September 2016, with the rising momentum for Amendment 2, Nick built a small website to see how many people in Florida were interested in Medical Marijuana as an alternative to synthetic medicine. The response was overwhelming! He managed to attract hundreds of potential patients in a short amount of time.

He called each inquirer and interviewed them to see if they were in fact real patients in need, or just people looking to get their card so they could legally possess marijuana. He was shocked to find that almost every single person clearly suffered from debilitating conditions that qualified them for Medical Marijuana under Amendment 2!

Related: Microdosing Medical Marijuana: It’s Not About Getting High

He began to establish relationships with these people and found out how difficult the process of obtaining one’s medical marijuana certification was. With the memories of the people in need in his heart, he put everything on the line to build a software platform that could handle the complex regulations, organize patient documents, and serve the requirements of both patients and physicians.

Nearly 18 months later (as of March 2018), we are proud to offer My Florida Green to Medical Marijuana Patients in Florida!

The Need for Medical Marijuana in Florida

November 2016 came and went, and Amendment 2 passed with an overwhelming 71%! Unfortunately, it was only a matter of time before bad businesses started to pop up and minimally educated doctors started moving forward with facilitating Medical Marijuana recommendations for patients in Florida. Technically practicing and recommending Medical Marijuana in Florida was not yet legal, but with no regulatory program or review system in place, no one was really overseeing these companies and doctors.

Nick worked with a total of six doctors until he found one that he felt was trustworthy and making Florida Medical Marijuana recommendations for the right reasons. He discussed a partnership opportunity with the physician, under the terms that Nick would set up a virtual clinic and the patients could be seen via Tele-Medicine.

Nick saw this as the future of medicine and a “game changer” approach to facilitating Medical Marijuana Recommendations in Florida for patients. Why should a patient need to see a physician physically when they could do so from the comfort of home?

He continued researching medical marijuana studies and became deeply passionate about this natural medicine and the people he had developed life-long relationships with.

It became painfully obvious that we are facing a disastrous synthetic epidemic with physicians over-prescribing medications that are manufactured by Big Pharma with secretive programs for doctors to profit from.

The more he researched the more disgusted and troubled he became. Enough was enough and he decided to make a commitment to not only himself, but to his family and to the patients to help change this intricate system created by corruption and greed.

With his software experience from building platforms to manage his car dealership, he knew about automation and process and procedures. He purchased a proven tele-medicine platform and white labeled it with the branding he had already created.

The doctor could now see patients via video chat over the web, so the fact that Nick had aggregated patients all over the State of Florida and the doctor being in Gainesville would no longer be an issue. He thought that this would provide convenience for both the patient and the physician, he was literally changing the industry and it felt incredible!

On June 23,  2017, the wind was taken out of Nick’s sails when the bill, SB8-A, signed by Governor Rick Scott, was put into effect. This new bill would make Medical Marijuana officially legal in Florida, but with unfathomable restrictions and guidelines. Now, physicians and patients must be present in the same room during the “physical evaluation” which literally took his current tele-medicine platform down and destroyed the business model. He remembers sitting in his office the day the law went into effect with his hands over his face trying to hold in tears in front of his team.

But he stayed focused and got on the phone, calling doctors from the list of state approved physicians that took the course and were licensed with The Office of Medical Marijuana Use. He discovered there were hundreds of physicians that had the license but very few were participating in the program. They were reluctant to risk their existing practice and/or had very little education on Medical Marijuana, or more often times, both.

The few doctors that were moving forward and facilitating patients were literally taking advantage of patients by over charging them and entering confusing “prescriptions” for cannabis in the state’s registry. What a mess! How can a physician “prescribe” a plant that grows out of the ground? How can they suggest cannabis as medicine when they know nothing about it?

There was a need for physicians that were practicing for the right reasons and an even bigger demand for a patient management platform that could give the physicians, with established brick and mortar practices, the ability to operate in an ancillary fashion so the risks were minimized. Even more so, a need to regulate pricing as it was all over the board! Some doctors are charging $300 per visit and some are charging $500, and there is no regulation preventing patients from being ripped off.

According to Nick, this is a recommendation not a prescription! It should be recommended that a patient starts low and gradually increases, building knowledge of self-dosing and tolerance with experience.

My Florida Green: The Gold Standard in Patient Care, Compassion, and Compliance

My Florida Green would become the solution for the issues discovered for both patients and physicians. Nick now had to build out the software to facilitate and educate the patient from beginning to end, making it as easy as possible, for both the patient and the physician.

After 13 months of frustrating delays, twists, and turns, MyFloridaGreen.com is officially live and regularly serving over 50 Florida Medical Marijuana patients per week! Our Medical Marijuana offices and doctors currently operate in Naples, Sarasota, St. Petersburg, and Melbourne, Florida. Many more locations will soon be live and seeing patients across the entire state.

Although it’s been a bumpy road, Nick and the entire My Florida Green team are driven and focused to provide patients and physicians with the gold standard in Medical Marijuana care, compassion, and compliance in Florida. Nick looks forward to continuing to serve, educating people on the power of Medical Marijuana, and is elated by the results he is seeing from My Florida Green clients and patients!