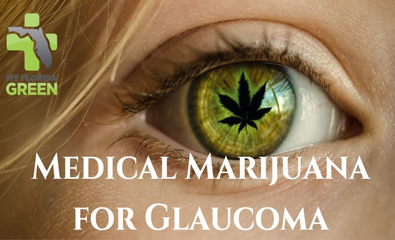 Glaucoma is an eye disease which damages the retina and can cause vision loss and blindness. Eye pressure (Intraocular Pressure or IOP) is a major risk factor, and lowering IOP results in reduced risk of progression of the disorder.

The goal of glaucoma treatment is to lower pressure in your eye. Depending on your situation, your options may include eyedrops, laser treatment or surgery. All of which can be effective, but often come with debilitating synthetic side effects. Read them and decide for yourself if it’s worth the risk.

Glaucoma treatment often starts with prescription eyedrops. These can help decrease eye pressure by improving how fluid drains from your eye or by decreasing the amount of fluid your eye makes.

If eyedrops alone don’t bring your eye pressure down to the desired level, your doctor may also prescribe an oral medication, usually a carbonic anhydrase inhibitor (also used as an anticonvulsant in Epilepsy medication). Possible side effects include frequent urination, tingling in the fingers and toes, depression, stomach upset, and kidney stones.

Related: CBD Endorsed by The FDA for Epilepsy

Surgery and Other Therapies:

Conventional surgery makes a new opening for the fluid to leave the eye.

A New Perspective on Glaucoma and Medical Marijuana:

The endocannabinoid system (ECS) has attracted considerable attention as a potential target for the treatment of glaucoma, largely due to the observed retinal pressure lowering effects seen after administration of cannabinoids.

And, recent evidence has suggested that modulation of the ECS may also be neuroprotective. (Source: US Library of Medicine).

A 2016 study, The Endocannabinoid System as a Therapeutic Target in Glaucoma implemented the use of an electroretinogram, which functions to record the electrical response of the eye to light.

This Neural Plasticity study found that manipulating the cannabinoid receptors modifies the way that electroretinographic (the electrical responses of various cell types in the retina, including the photoreceptors, inner retinal cells, and the ganglion cells), waves move through the retina. (The Endocannabinoid System as a Therapeutic Target in Glaucoma Neural Plasticity, 2016).

“Increasing evidence suggests that modulation of the endocannabinoid system may show potential for the treatment of glaucoma. Administration of cannabinoids in experimental models can lower IOP and reduce RGC loss, possibly by independent mechanisms. Novel therapeutic strategies, including allosteric modulation and inhibition of endocannabinoid breakdown, may enhance the therapeutic effects seen with direct administration of cannabinoids.

However, a better understanding of the components of the ECS, their tissue-specific expression, and the functional role of the ocular ECS is still lacking. This information remains essential in order to move forward with the identification of novel ECS drug targets to prevent retinal neuron loss.”

Related: The My Florida Green blog

In another recent study, Cannabinoid Receptors CB1 and CB2 Modulate the Electroretinographic Waves in Vervet Monkeys (Neural Plasticity, 2016), researchers at The University of British Columbia found that:

“Manipulating the endocannabinoid system might therefore serve as a therapy to restore normal vision and protect the retina.”

Eye drops developed by UBC researchers could one day treat glaucoma while you sleep — helping to heal this condition that is one of the leading causes of blindness around the world. It is estimated that 60 million suffer from glaucoma globally.

“Medicated eye drops are commonly used to treat glaucoma but they’re often poorly absorbed. Less than five per cent of the drug stays in the eye because most of the drops just roll off the eye,” said lead researcher Vikramaditya Yadav, a professor of chemical and biological engineering, and biomedical engineering at UBC.

“Even when the drug is absorbed, it may fail to reach the back of the eye, where it can start repairing damaged neurons and relieving the pressure that characterizes glaucoma.”

To solve these problems, the UBC team developed a hydrogel that was then filled with thousands of nanoparticles containing cannabigerolic acid (CBGA), a cannabis compound that has shown promise in relieving glaucoma symptoms. They applied the drops on donated pig corneas, which are similar to human corneas, and found that the drug was absorbed quickly and reached the back of the eye.

“You would apply the eye drops just before bedtime, and they would form a lens upon contact with the eye. The nanoparticles slowly dissolve during the night and penetrate the cornea. By morning, the lens will have completely dissolved,” said Yadav.

Previous research shows that cannabinoids like CBGA are effective in relieving glaucoma symptoms, but no cannabis-based eye drops have so far been developed because cannabinoids don’t easily dissolve in water, according to the researchers.

“By suspending CBGA in a nanoparticle-hydrogel composite, we have developed what we believe is the first cannabinoid-based eye drops that effectively penetrate through the eye to treat glaucoma. This composite could also potentially be used for other drugs designed to treat eye disorders like infections or macular degeneration,” said study co-author Syed Haider Kamal, a research associate in Yadav’s lab.

Further research still needs to be conducted to have a full understanding of how Cannabis can impact one’s eyesight, but the results of the 2016 study are a good basis for future endeavors regarding the relationship between cannabis and vision. The same study cited above also indicates that the psychoactive compound of the plant, known as THC, can increase an individual’s ability to see at night. (University of British Columbia. “New glaucoma treatment could ease symptoms while you sleep.” (ScienceDaily, 11 April 2018.)

Pioneers in Jamaica for Medical Marijuana and Glaucoma Treatment

In 1983, after ten years of research, Professor Manley West and ophthalmologist, Dr. Albert Lockhart developed an eye drop, Canasol, specifically to treat glaucoma. Glaucoma is estimated to affect 3% of the Jamaican population.

Dr. Albert Lockhart received the Order of Merit from the Government of Jamaica and the Gold Musgrave Medal from the Institute of Jamaica for the development of Canasol.

The drug was an important breakthrough, because it is derived from ganja, Cannabis sativa, and was the first eye medication in the Caribbean to be developed at UWI, Mona for this disease. Canasol has an important benefit since it does not induce the negative side effects that are associated with synthetic glaucoma therapies.

“It was a breakthrough,” West explained. “I had long been interested in finding therapeutic compounds derived from natural origins. Glaucoma hits blacks sooner in life, progresses faster, and more often results in blindness. About 100,000 of our 3 million island population has it.

Other glaucoma medications produced side effects, and the only other treatment was surgery, which is also risky. We wanted a safer, more affordable medicine for Jamaicans. Canasol appears to be the answer. It works within minutes to lower pressure, even in patients who have rare forms of glaucoma or have not responded well to other treatments.”

Professor West became interested in studying the ganja plant because he had observed that locals who used an eye wash made up of ganja in water, always reported to him that it made them see better. The fishermen who drank ganja ‘tea’ made the same claim and also claimed that their vision at night was markedly better.

Dr. Albert Lockhart noted that his Rastafarian patients who used ganja had a low incidence of glaucoma. More recently, he discovered that the eye drop, Canasol, improves the integrity of the optic nerve, the nerve which causes us to see, thus preventing blindness. Submicron (something smaller than a millionth of a micron) emulsions and cyclodextrine derivatives (sugar molecules which form a ring) are being used to increase the solubility in water it is thought.

“Everybody wants to find out how we got rid of the psychoactive components and isolated the active principles,” Lockhart explained. “They even went to our manufacturer and government officials, trying to get information. They are confused by a mindset that holds that THC is the only active principle.

But there is more than one variety of this plant, and many different combinations. We have tested these principles on every part of the body, including injecting into the brain. We have reams and reams of data on how this works. We have had no reports that these therapies have a systemic affect on patients in a way that would be described as psychoactive.”

“The FDA doesn’t recognize foreign experiments. It doesn’t consider our dogs, rats, cats and people as valid test subjects, because they are not American test subjects,” Lockhart quipped.

“They seemed interested in having us hand it over to a big corporation. It was actually quite funny, when some companies wanted to pay us a pittance for our work, to give up all our rights to it. An insult really. And the FDA policy was to deny the medical value of any natural derivative of cannabis, but they allowed the synthetic derivative, Marinol, and that derivative was of very limited application.

US medical journals also discriminate against research done outside the United States. We are two little guys from a third world country. We do this for knowledge and to help people. We test our discoveries and find those that work safely, then we publish the results. But we do not have enough money to challenge the US authorities.”

Evidence increasingly suggests glaucoma (now widely considered to be a neurodegenerative condition), has a connection to other neurodegenerative diseases like Alzheimer’s disease. Studies have shown one out of four Alzheimer’s patients also likely has a diagnosis of glaucoma. In fact, glaucoma appears to be a significant predictor of AD. The root cause of glaucoma, however, remains a mystery and continues to elude scientists.

The research currently underway with Alzheimer’s and Medical Cannabis shows promise in possibly reversing the disease. The synergies and balancing aspects of Medical Cannabis are widely known. Is there a connection between the two conditions?

We have great hope that as the veils of deception lift and this mighty Medical Cannabis movement continues to offer healing alternatives for suffering individuals, communities, and even our precious earth, it will continue to gain the support and momentum it deserves.