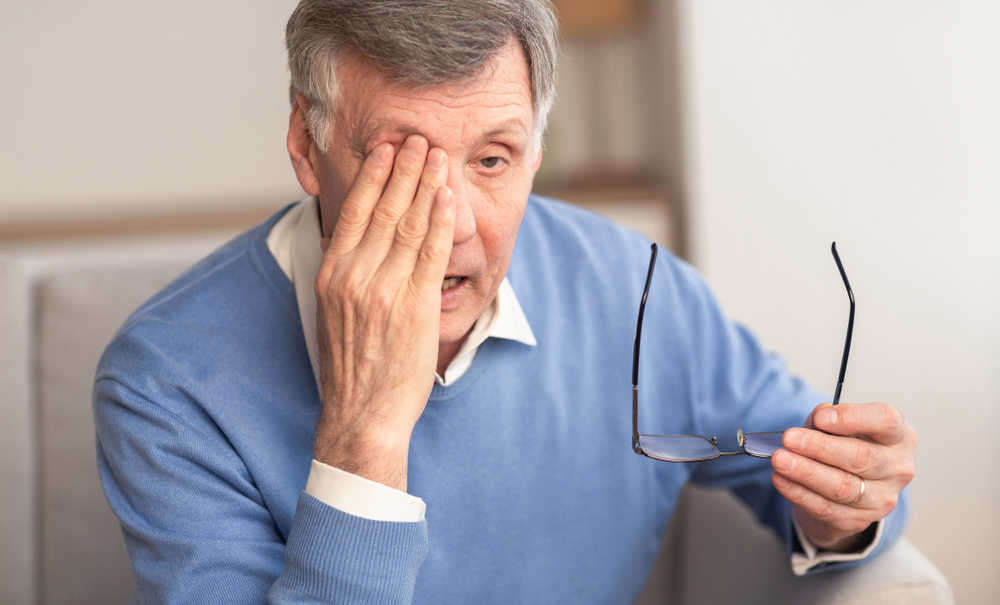 Glaucoma is one of the most common eye problems people suffer. It’s caused by fluid and pressure building up in the eye, which can lead to eye pain, headaches, blurred vision, and even loss of vision if it goes untreated. Fortunately, there are now many effective ways to treat glaucoma, including medical marijuana.

Medical marijuana has become a particularly popular option for patients with glaucoma as it can help reduce intraocular pressure as well as helping with many other glaucoma symptoms. Here’s everything you need to know about medical marijuana and glaucoma.

What Is Glaucoma And How Is It Treated?

Glaucoma is a serious eye condition that damages the optic nerve- the nerve connecting the eye to the brain. It usually happens gradually as fluid builds up in the front part of the eye, causing pressure to the eye and leading to a range of negative effects. Glaucoma is one of the leading causes of blindness, although this can be prevented if it’s diagnosed and treated early.

There are two main types of glaucoma. Primary open-angle glaucoma is generally painless, caused by a gradual build-up of eye-pressure that eventually leads to vision problems. Angle-closure glaucoma happens when the iris blocks the drainage angle. This causes pressure to build, which can result in an acute attack with symptoms such as blurred vision, severe eye pain, headaches, nausea, and vomiting.

Glaucoma is particularly common in elderly people, although it can affect people of all ages and it can also be caused by other issues such as diabetes. It’s generally diagnosed with eye tests and treated with eye drops, laser treatment, and surgery to drain fluids in the eye. Medical marijuana has also emerged as a popular treatment for handling eye pressure and helping with the symptoms of glaucoma.

Many states now allow patients with glaucoma to use medical marijuana, especially as research shows that cannabinoids can help with glaucoma in various ways. THC can help reduce intraocular eye pressure, making it particularly helpful in reducing the severity of glaucoma. It can also help with many of the symptoms caused by glaucoma attacks.

A study found that the cannabinoids in marijuana significantly helped reduce intraocular pressure (IOP). Smoking marijuana caused IOP to fall by as much as 60% to 65%. Using other methods of THC consumption, such as oral ingestion, also helped reduce IOP. However, the duration of the reduction of the IOP only lasted for around 3-4 hours before returning to its previous levels.

Further research noted that, although marijuana was found to consistently help reduce intraocular eye pressure, there were issues as the effects weren’t sustained. With that said, marijuana is helpful for instantly reducing IOP as well as helping with many of the other symptoms of glaucoma.

One of the main benefits of using medical marijuana for glaucoma is that it swiftly helps reduce intraocular pressure- the issue which causes problems to your vision in the first place. However, it can also help in various other ways, especially for glaucoma patients who suffer from acute attacks.

Marijuana can almost instantly relieve pain and reduce inflammation. This makes it particularly helpful for relieving the severe eye pain and inflammation often caused by glaucoma. Marijuana is also extremely helpful for nausea and vomiting relief- two symptoms that are also common in acute attacks from glaucoma.

It’s also worth noting that marijuana can help prevent certain causes and triggers of glaucoma. For instance, research shows that stress can often trigger the build-up of IOP, and marijuana helps relieve anxiety and stress. Marijuana also helps by reducing the risk of diabetes, as diabetes can cause a rare form of glaucoma to develop.

How to Use Medical Marijuana For Glaucoma

There are many ways to use medical marijuana, although some methods of consumption are more helpful than others for reducing IOP and helping with the symptoms of glaucoma. The most popular option is smoking or vaping marijuana. Inhaling marijuana can instantly help reduce the issues caused by glaucoma, although the effects only last for a few hours.

Oral consumption of THC is also helpful for glaucoma. As such, glaucoma patients may want to use THC Capsules or THC Edibles. These generally have longer-lasting effects and the effects are also stronger than inhaled marijuana. However, you can avoid unwanted side effects by taking a microdose of less than 10mg.

It’s important to note that certain methods of consumption aren’t helpful for glaucoma. Marijuana topicals don’t help reduce IOP and should not be applied to your eyes. What’s more, while CBD products often help with many of the same symptoms as THC, CBD can potentially increase eye pressure and, as such, shouldn’t be used for glaucoma.

How To Get Medical Marijuana For Glaucoma

How to get medical marijuana largely depends on where you live. Some states now allow anyone aged 21 or over to buy cannabis, although it’s generally best to apply for medical marijuana via your state’s MMJ program. That way, you can get high-quality medical-grade cannabis products at fair prices.

Glaucoma is a common eye condition caused by a build-up of pressure in the eye. This can lead to acute attacks, vision problems, and even blindness if it goes untreated. Medical marijuana can help reduce eye pressure and even help with many of the other symptoms caused by glaucoma. For more information on medical marijuana, visit My Florida Green.

We were one of the first companies to help patients navigate the uncharted waters of Medical Marijuana in Florida and are helping thousands to get the most from the Florida Medical Marijuana Program. Our dedication to patient education and support sets us apart. Our five-star ratings prove our commitment and quality.